While the National Infantry Museum and Soldier Center’s primary focus is on the 238-year history of the Army Infantryman, it honors all Soldiers for their contributions to earning and protecting American freedoms. The museum has expanded that mission by opening a new, 3,500-square-foot gallery honoring the Infantryman’s brothers in arms: those who’ve served in Armored and Cavalry regiments.

“When the Armor School moved from Fort Knox, Kentucky, to Fort Benning in 2011, we wanted to do something to welcome this new community of Soldiers and families,” explained National Infantry Foundation President Ben Williams. “We decided one of our

unfinished gallery spaces would be the perfect place for them to display their artifacts and tell their story until they raise enough money to build their own museum.”

The Armor branch traces its birth to the creation of the first mounted regiment for the Continental Army during the American Revolution.  Its heritage includes both horse cavalry and later armored units.  The first tank organizations emerged during World War I, while the foundational principles for today’s Armor Branch were pioneered by the 7th Cavalry Brigade (Mechanized) in the 1930s. World War II witnessed a large-scale expansion of armored organizations under the Armored Force.  In 1950 the Army merged responsibility for its armored and cavalry organizations into a single Armor Branch.

The Armor collection, which moved to Fort Benning with the Armor School, includes more than 280 macro artifacts that reflect both American and international armored developments from World War I to the present.  The new gallery tells the Armor story through a mix of actual combat vehicles, uniforms, soldier equipment, wall displays, and dioramas that also showcase the Armor museum collection.

The National Armor and Cavalry Foundation is raising money to build a new museum on land just south of the parade field behind the National Infantry Museum. Organizers hope to start construction in 2015. 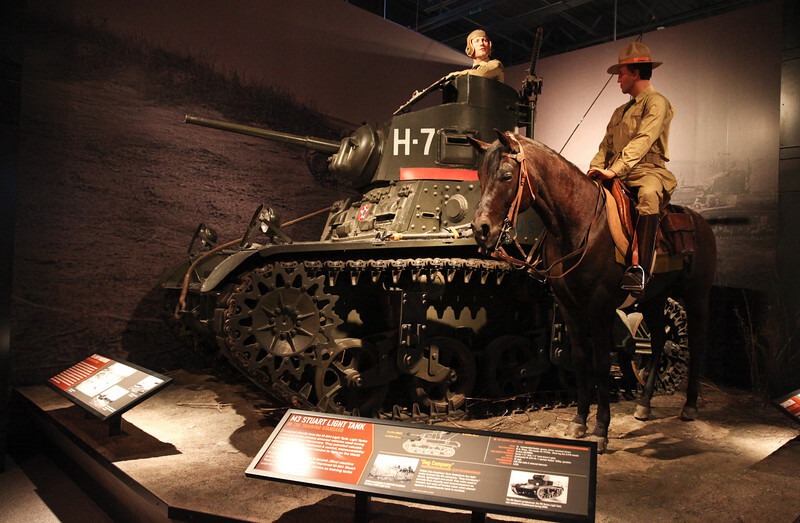