Since the Global War on Terrorism began on September 11, 2001, over 7000 Soldiers, Sailors, Airmen and Marines have given their lives in defense of our nation. To honor their sacrifice, the Global War on Terrorism Memorial was dedicated at the National Infantry Museum October 16, 2017. The memorial includes granite panels engraved with the names of all service members who have given their lives in the conflict, narrative panels explaining the conflict, and murals with artwork from each service. It also includes a 13’ steel beam from World Trade Center Tower 1 that was presented to Fort Benning by NYC Firefighters, and nine bronze statues representing an Infantry squad.

The memorial is rededicated each year to add the names of the recently fallen. The next rededication will take place on Saturday, September 11, 2023.

Who is honored on the memorial?

The joint-service memorial stands in honor of all Soldiers, Sailors, Airmen and Marines who have served in the Global War on Terrorism since 9/11 and the families who support them. This includes active duty, veterans and those who’ve made the ultimate sacrifice defending their country.

What are the criteria for names on the memorial?

The DCAS list includes all service members who died while in the Global War on Terrorism theater of operations, regardless of their cause of death. Service members who later die of wounds inflicted while in the theater are added to the list. If you believe a name has been erroneously omitted or misspelled, please contact DMDC/DEERS Support Office at 800-538-9552. 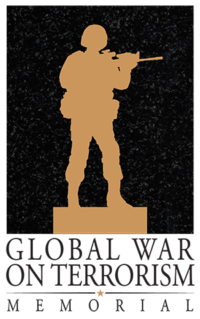 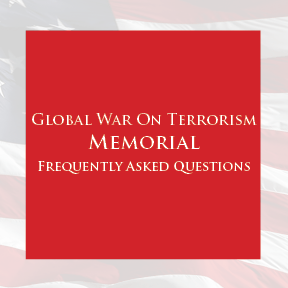 Donate to Honor our GWOT Heroes