The Hall of Valor

“…for Conspicuous Gallantry and Intrepidity at the Risk of Life Above and Beyond the Call of Duty.”

Located in the center of Cavezza Hall is a breathtaking gallery that evokes emotions of pride and honor. The Hall of Valor pays tribute to American Infantrymen who have received the Medal of Honor, our nation’s highest award for bravery. First authorized during the Civil War, the United States Army Infantry has produced more Medal of Honor recipients than all other branches of service combined.

From the outside, visitors can read quotes etched in the clear glass walls of the gallery. Inside are the names and faces of nearly 1,500 heroes who displayed “conspicuous gallantry and intrepidity” in the face of danger, often sacrificing their own lives to save others. Interspersed among the portraits are excerpts from the stories of these Soldiers’ brave actions. A monolith at the center of the room explains the importance of the award and feature large portraits of those who have earned it. 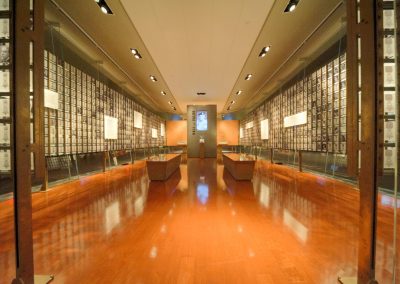 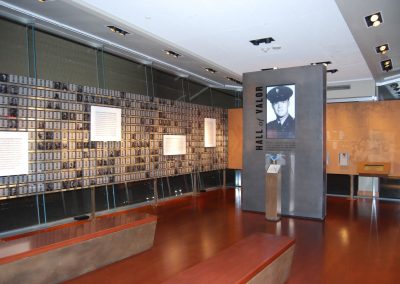 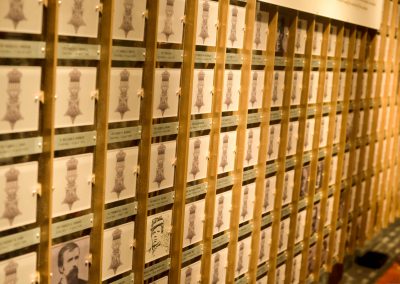 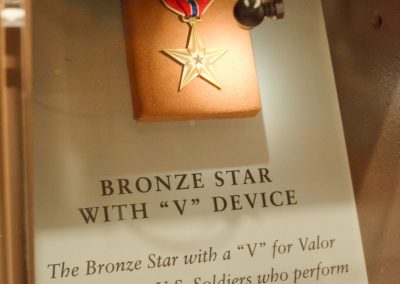 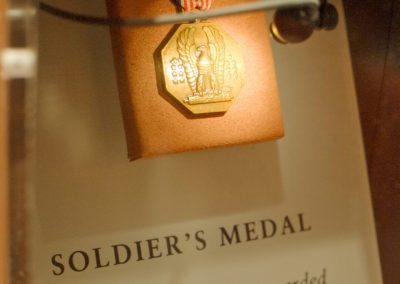 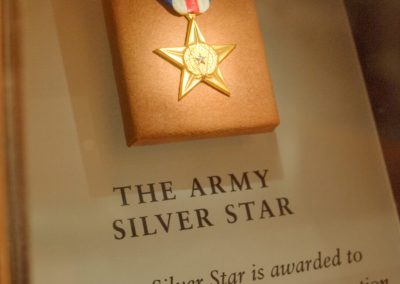 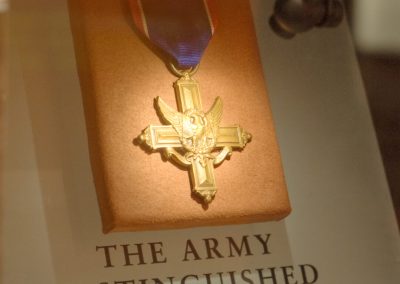 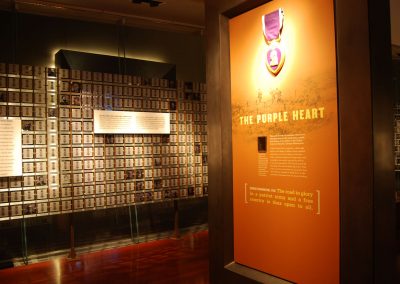 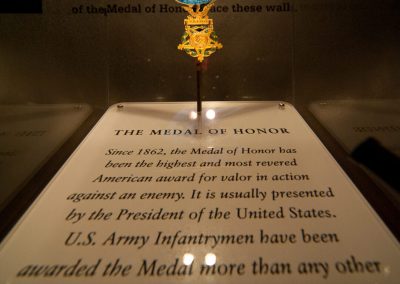 Hall of Valor: Medal of Honor

Two computer kiosks allow visitors to look up the names and citations of individual Medal of Honor recipients. An additional display features other awards of valor, including the Combat Infantryman’s Badge. Benches in the center of the gallery allow for quiet contemplation of the sacrifices made by Infantry Soldiers for more than 230 years.