Directly across from the Officer Candidate School Hall of Honor and next to the Fife & Drum Restaurant stands the Ranger Hall of Honor. This gallery preserves the legacy of the most extraordinary soldiers in the military, the U.S. Army Rangers. Here, we honor the nearly 200 Rangers who have been inducted into the Ranger Hall of Fame since 1992.

Selection criteria for the Ranger Hall of Fame is as unique as Ranger history. To be eligible for selection, a person may be deceased or have been separated or retired from active military service for at least three years at the time of nomination. He must have served in a Ranger unit in combat or be a successful graduate of the U.S. Army Ranger School. Honorary induction may also be conferred.

A timeline describes the evolution and historical importance of the Rangers, with weapons and uniforms on display from World War II, Korea, Vietnam, and Grenada. A computerized database of inductees is also available. 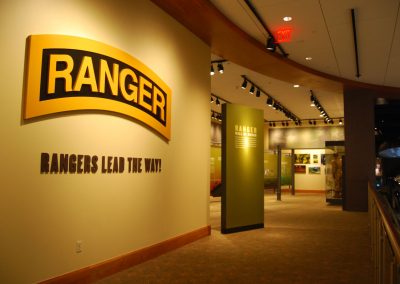 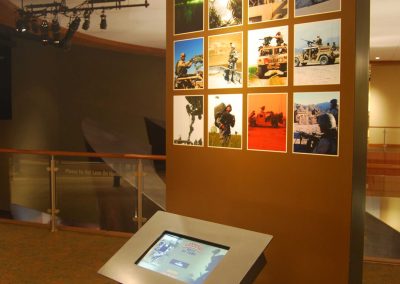 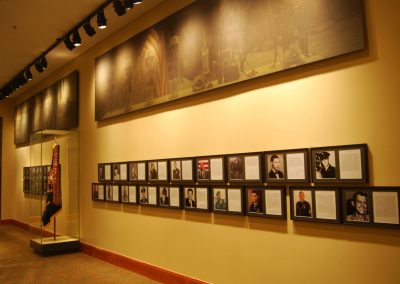 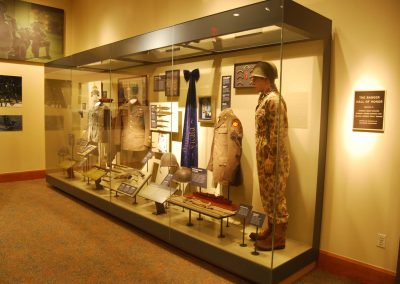 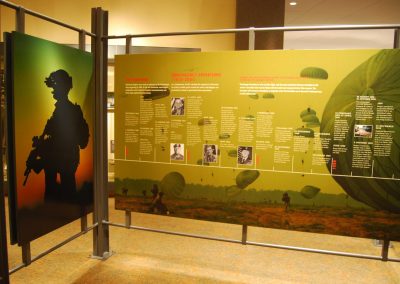