At the end of the Cold War, the United States emerged as the predominant world leader and the only nation with the global reach to intercede in regional disputes and halt genocidal crises. With the rise of international extremism, the world’s finest Infantry force has been at the vanguard, remaining ever vigilant to future threats our liberties. 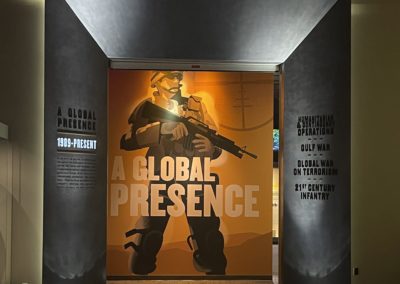 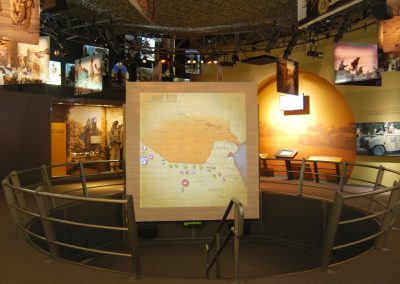 A Global Presence: Line in the Sand 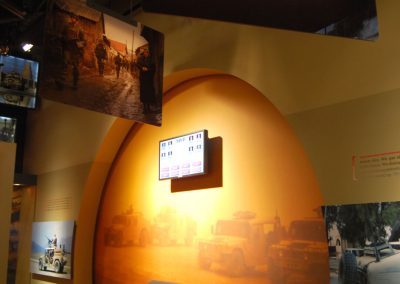 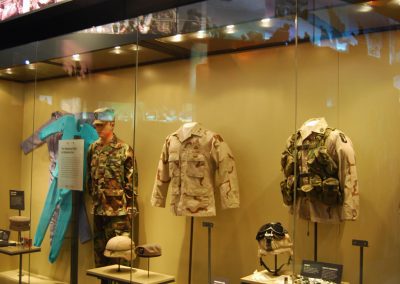 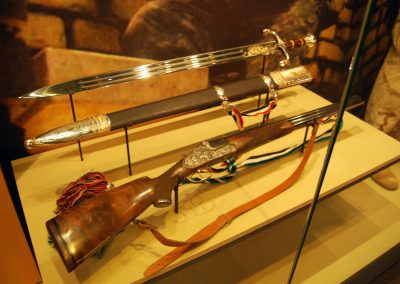 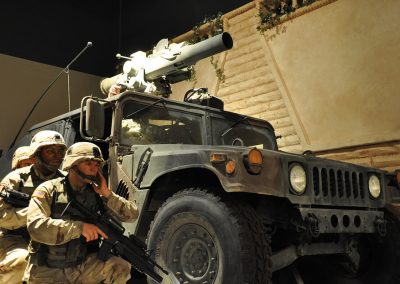 One of the museum’s newer exhibits depicts a scene from Operation Tapeworm, which dealt a fatal blow to Saddam Hussein’s sons Uday and Qusay. You can also get a close-up look at the TOW – tube-launched, optically-tracked, wire-guided – anti-tank missile.

The final display in the gallery recognizes the role of the U.S. Army National Guard, reserve component Soldiers whose are called to serve abroad in combat zones as well as stateside disaster relief and security missions. Georgia’s 48th Infantry Brigade Combat Team (IBCT) has served with distinction in Bosnia, Iraq and Afghanistan, with other units from the state also providing assistance during Hurricane Katrina and the 1996 Summer Olympics in Atlanta.

BACK: The Cold War
FORWARD: Hall of Valor