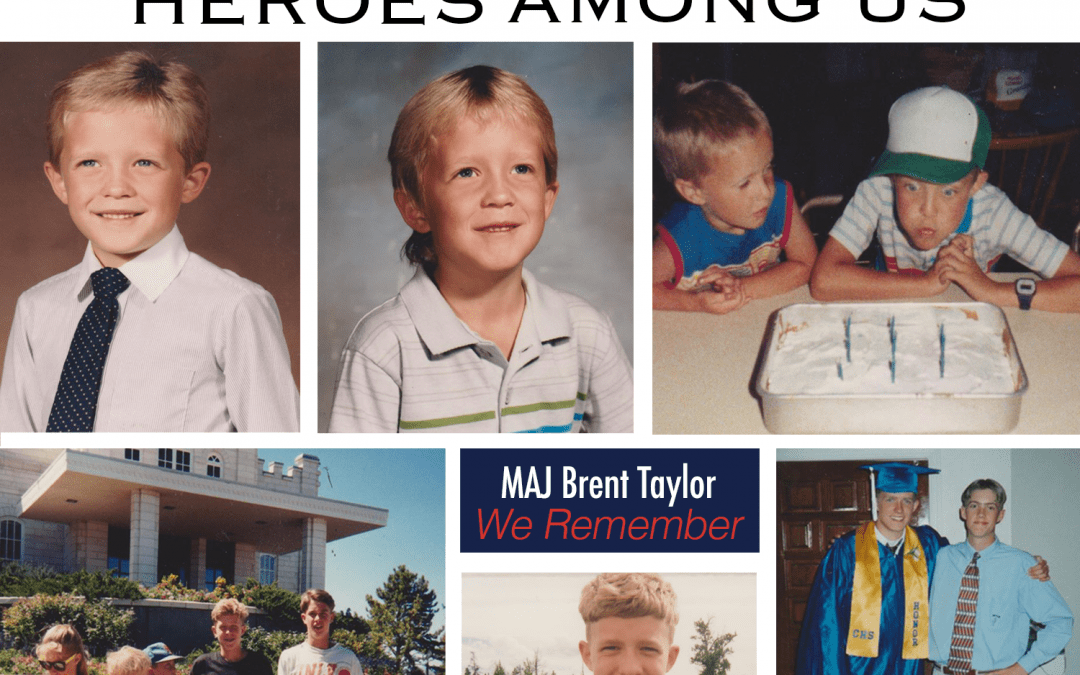 Brent Russell Taylor was born on July 6, 1979 in Ogden, Utah. He was one of eight children. At the age of 10, Brent asked for a briefcase and carried it around everywhere. He exhibited entrepreneurial skills early on, running several “small businesses” as a kid like selling candy bars to friends. Brent also exhibited leadership qualities very early on. He served in the student government all through junior high and high school, finally becoming student body president. While at Brigham Young University, he founded the Constitution Club. Brent’s family didn’t have much spare money so in junior high when he qualified for the free lunch program, he met with the head of his school’s lunchroom staff and asked if he could serve lunch to his classmates as a way to earn his lunch instead. According to his wife, Jennie, “He cared far more about doing what he felt was right than what have been cool or popular.” Brent carried that notion with him throughout his life.

Check back with our Facebook page each week to learn more about MAJ Brent Taylor and his service to our country.