As you exit the Last 100 Yards, the unmistakable sound of a drill sergeant draws you instantly into the Fort Benning training environment. Here you’ll explore what turns ordinary citizens into Soldiers, willing to make the ultimate sacrifice for their country.

Follow young men from their first haircut to their midnight march. Besides basic training, you’ll learn about the advanced and specialized training offered at Fort Benning, including Airborne, Ranger, Sniper, Pathfinder and Officer Candidate School.

Through the windows at the rear of the museum, you can see Inouye Field, our five-acre parade field and stadium where thousands of new Infantrymen graduate every year. The field is seeded with sacred soil taken from each of the battles depicted on the Last 100 Yards ramp, allowing every new Soldier to literally walk on the ground fought and died for by their forefathers in the profession of arms.

You will also see World War II Company Street, a collection of authentically-restored buildings from Fort Benning’s past, including GEN George S. Patton’s headquarters during his time at Sand Hill.

One corner of the gallery celebrates the unique relationship between Fort Benning and Columbus, the community that opened its arms to Soldiers back in 1919. The Benning Gallery also houses the DownRange Combat Simulators, where civilians of all ages can test their skills on the same simulator used to train Soldiers! 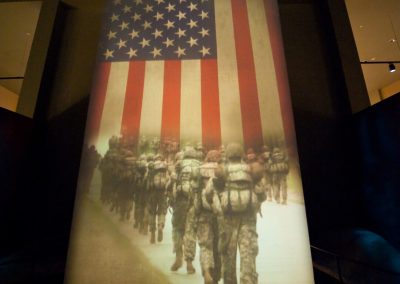 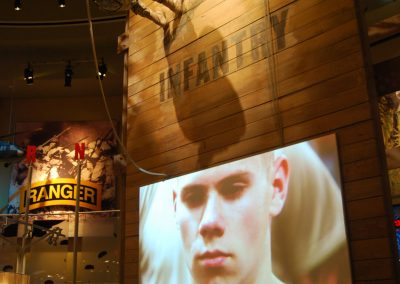 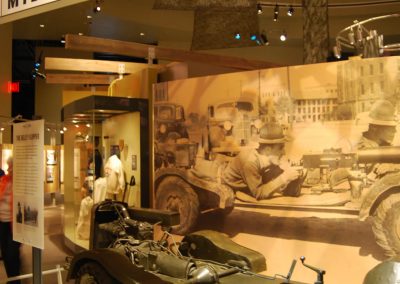 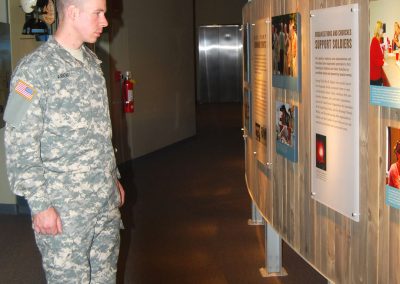 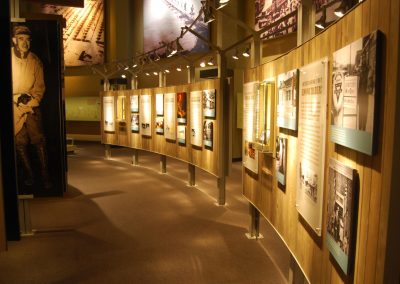 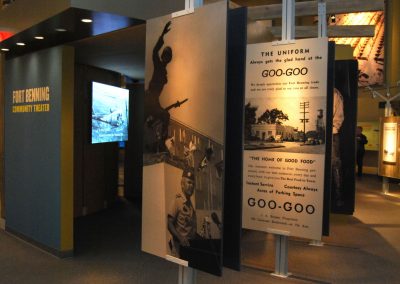 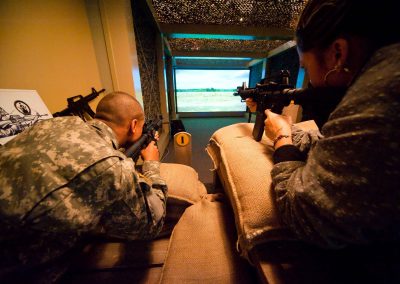 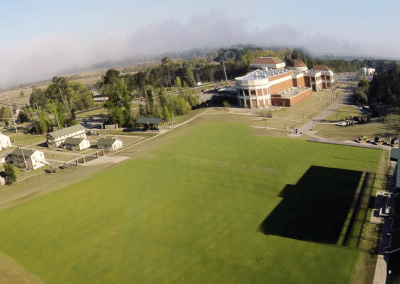 BACK: The Last 100 Yards Ramp
FORWARD: The International Stage