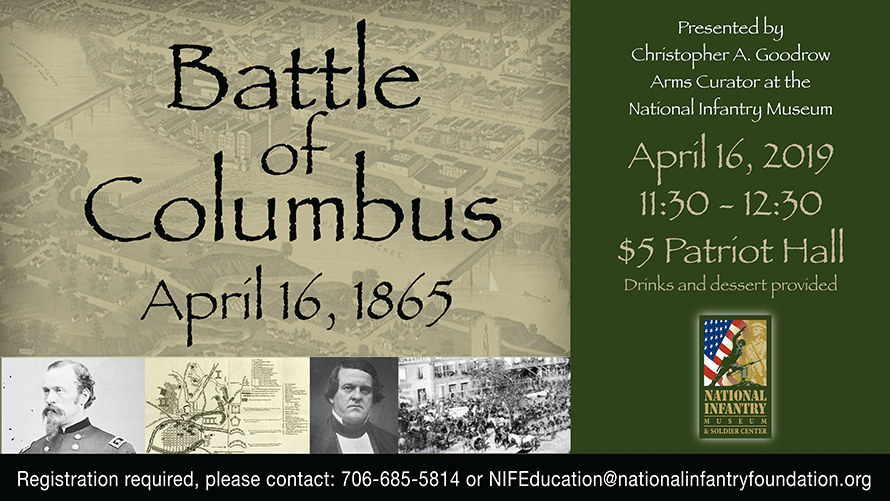 Please join us April 16 from 11:30am to 12:30pm for Battle of Columbus, presented by Christopher A. Goodrow the Arms Curator at the National Infantry Museum.
The Battle of Columbus, Georgia, was the last conflict in the Union campaign through Alabama and Georgia, known as Wilson’s Raid, in the final phase of the American Civil War. Maj. Gen. James H. Wilson had been ordered to destroy the city of Columbus as a major Confederate manufacturing center.
Date: April 16, 2019, 11:30am to 12:30pm
Location: Patriot Hall
Cost: $5 (drinks and dessert provided)
Reservations are required. Please contact NIFEducation@nationalinfantryfoundation.org or 706-685-5814.