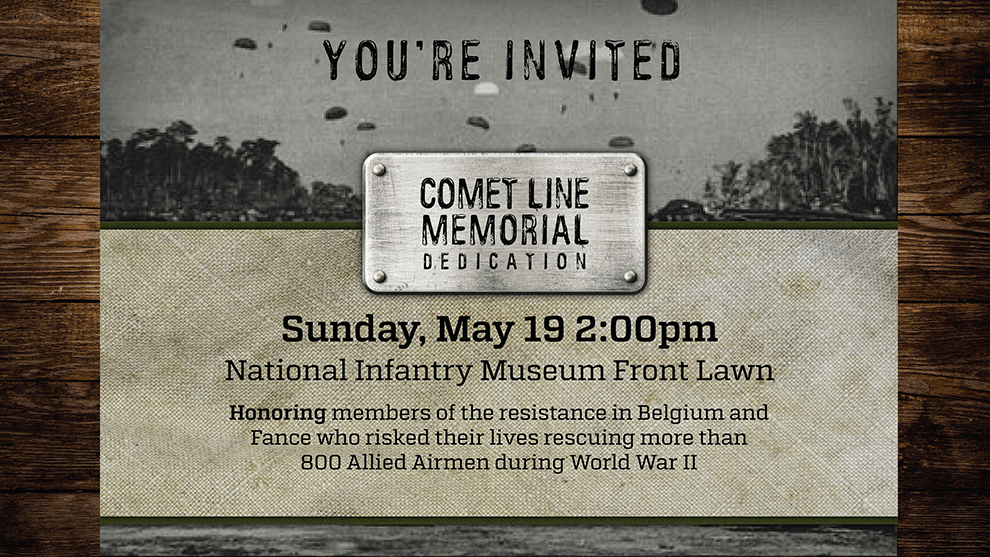 If you are an avid reader, or read historical fiction, you may have read or heard about the New York Times best seller and Wall Street Journal Best Book of the year, The Nightingale by Kristin Hannah. It tells a story of heroism, courage, and sacrifice of two sisters, separated by years and experience, by ideals, passion and circumstance, each embarking on her own dangerous path toward survival, love, and freedom in German-occupied, war-torn France―a heartbreakingly beautiful novel that celebrates the resilience of the human spirit and the durability of women.

Core to the story is how these women became part of an underground unit whose mission it was to rescue allied airmen in Nazi Occupied Belgium and Holland and ultimately deliver them to safety in Spain. This included dangerous treks in all types of weather through Nazi occupied France and over the dangerous peaks of the Pyrenees Mountains. While fiction, the book brings the reader into the world of “The Comet Line” – a real life story of members of the Resistance in Belgium and France who, at great risk to themselves and their families, brought over 800 airmen to safety. It is estimated that

The National Infantry Museum will soon be home to a memorial paying homage to the thousands of underground members who formed “The Comet Line. Hundreds were murdered by the Nazis or thrown into concentration camps if found aiding the downed airmen. On Sunday, May 19 at 2:00 pm a memorial will be dedicated to those brave men and women who saved hundreds, including the father of a local family.

We invite you to join us.

SUNDAY MAY 19 AT 2:00 PM by the POW/MIA Memorial outside the front of the Museum.